While I2 Localization allows editing Terms and Languages inside the Unity Editor, most of the time is more convenient to have a copy of the data as an external spreadsheets. That makes easier to synchronize all keys in the different languages and at the same time, the spreadsheets could be shared between several teammates to translate texts into all languages.

The plugin also allows the game downloading any modification to those Spreadsheets even after it's released and running on the player's device. 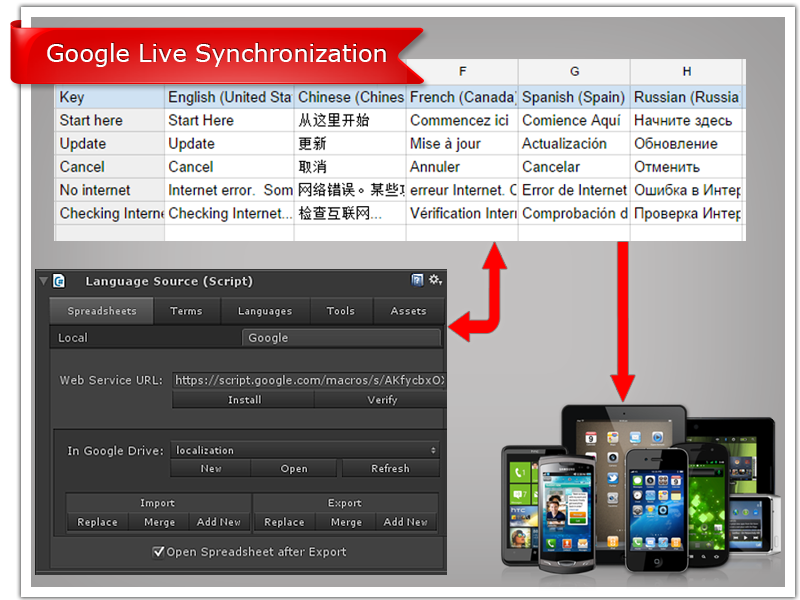 On the initial version, I2 Localization used the developer's Username and Password to access google. However, while that can make things easier on the developers computer, it could present a security risk to save the credentials in the deployed build so that it could download any changes.

This issue was solved by creating a Web Service that runs on the developers Google Drive and works as an intermediary between the game and the spreadsheets.

The first step to setup this workflow, it's to install the Web Service.

Click "Install" and that will make a copy of the WebService source code on your Google Drive.

Back in unity, paste the Web Service URL

Once everything is setup, use Import or Export to Download/Upload the localization data

How to Change Font per Language