I'm having some issues with running parses.
On occasion, running a parse on a scene will display a used term as '0' until I actually go and manually find it in the scene and select it, then run the parse again.
I have attached some screenshots of the problem happening.

Screenshot 2 - I manually select the text with the term attached 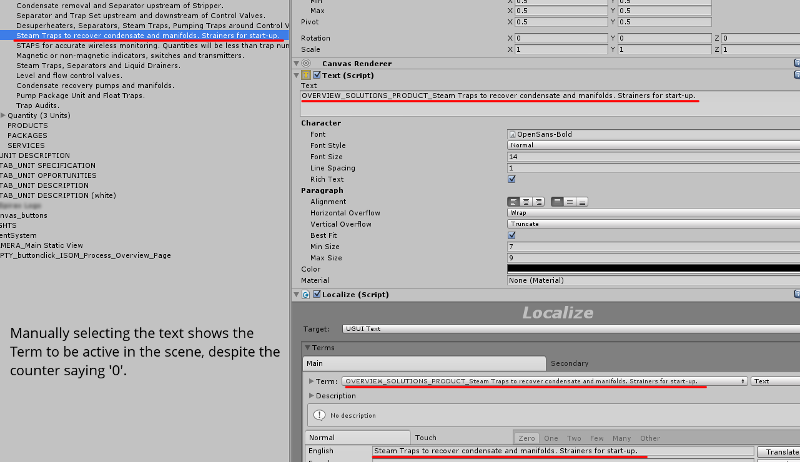 I'm currently working with 44 scenes (big project!), so to have these sort of inaccuracies (unless it's something I'm doing wrong?) is becoming problematic.
I can't go through every single scene and select every text string to make sure the parse is accurate.

I find the above problem also happens with 'missing' keys - opening up the scene and running a parse, then showing 'missing ' keys sometimes shows no results until I manually go and find them myself - then it finds them!
This doesn't appear to be consistent, often it works fine, but other times not.

Also - there doesn't appear to be a way to view which scenes terms are used in when running a multi-scene parse.
- Open up a scene
- Run a parse on 'All'
- Choose a term that has multiple results
- If the term is not used in the current scene, it tells you to try opening another scene. It would be extremely helpful if it could tell me which scenes it has found them in. As I've said, I'm working with 44 scenes, so I end up having to manually go through every scene to try and find which one is using the key I'm looking for.